A Tribute to Louis Dudek 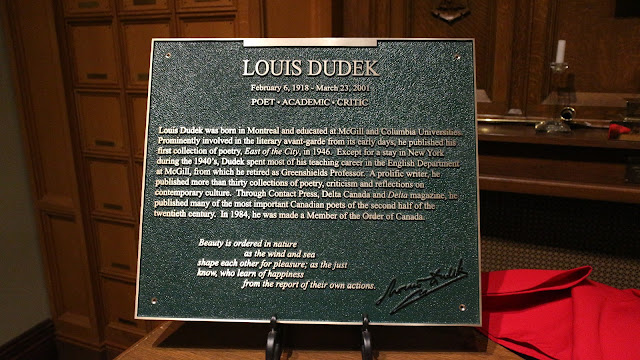 This is the text of my speech prepared for the Louis Dudek Tribute held in the Writers' Chapel at St. Jax Church, 1439 Sainte-Catherine Street West, Montreal, Quebec H3G 1S6, on 12 October 2018.