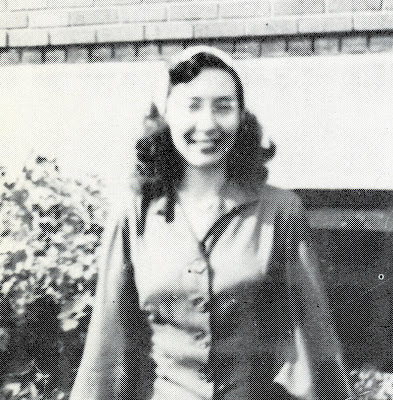 The last time I met Keitha MacIntosh was in the early-1990s, it was at a Greek restaurant that she often frequented and where she sat for hours drinking tea and correcting her students’ papers. This was the first time I’d seen Keitha for many years, from when I used to give poetry readings to her classes at Vanier College in the early 1980s. In early September 2012 I heard from Keitha’s daughter, Susan Hull, that Keitha had passed away.


I first met Keitha in the fall of 1972, in Richard Sommer’s creative writing class at Sir George Williams University. Perhaps she was fifteen years my senior, and we became friends during that time. The 1970s were an important time in Montreal poetry, it was the time of a poetry renaissance here. Keitha’s contribution to this renaissance is her magazine, Montreal Poems, that she edited and published. In it you can find the early published work of Artie Gold, Richard Sommer, Ken Norris, Carole Leckner, Ray Filip, Sharon H. Nelson, Ross Leckie, Marc Plourde, Steve Luxton, Claudia Lapp, Mona Adilman, Mary Melfi, Guy Birchard, myself, and others. All of these poets have since made a contribution to Canadian literature. 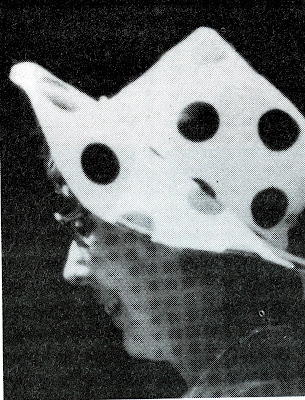 There is a large correspondence between Keitha and myself, archived in my literary papers at McGill University’s Special Collections, at the McLennan Library. From 1975 to 1984, in all, 137 letters went back and forth between us. We wrote to each other about other poets, Montreal Poems, and life in general. She wrote and published a poem about me, “Stephen's Day”, that I still find deeply moving. She shared with me her enthusiasm for writing and never doubted that I was the poet she believed I was.


After she married, Keitha and her husband ran a dairy farm in Dewittville, Quebec, but as Keitha became more independent she wanted a place of her own. She was a writer for many years before we met and her creative life began late at night when she was alone and writing. After the farm was sold she lived in a trailer until restoration of her 200 year old log cabin was completed. I visited her at the trailer and later at the log cabin. One evening, around 1981, I was invited over to meet Sharon H. Nelson; Keitha went on to publish some of Sharon’s work. After Keitha’s Poems of the Chateuguay Valley was published I reviewed her book in the Huntingdon Gleaner thinking Keitha would be happy with this recognition of her work; it was a mistake on my part as she was upset that her writing life was revealed to her neighbours. There was a firm dividing line between her writing and how much she wanted her rural community to know about her.


here are many women today who hold prestigious positions in business, academia, and government, but Keitha was born at a time, and in a society, that was conservative regarding a woman’s role in society. It is important to remember that Keitha was a highly intelligent woman; however, this very intelligence and her desire to be a writer made it difficult for her to accept the life of a farmer’s wife, a life that many other women (just as intelligent as Keitha) would have found fulfilling. What set Keitha apart from other women is a combination of things: she was introverted and very sensitive; her life was pulled in two different directions, her desire to fulfill her life and be a writer and the demands of a domestic life.


Keitha had been a registered nurse before earning her B.A. and M.A. degrees; she was a professor of English at Vanier College for twenty-two years. She was a writer for many years before we met. She read widely and she was an excellent teacher. She was a good and generous friend to many of us. She was always on the side of the underdog, whether for women’s rights, or for Natives and French Canadians who had been dispossessed by the newly arrived English, or English-speaking Quebecers whose rights had been denied by the French. Keitha was also active in promoting literacy and access to books. She co-founded the Little Green Library, located in Huntingdon, in 1972.


In the mid-1980s, Ray Filip, in one of his poetry columns published in Poetry Canada Review, referred to Richard Sommer, Keitha MacIntosh, and myself as the “invisible rural transcendentalists”, for all three of us now lived in the country and had withdrawn from much of the poetry activity in Montreal that we were involved in only a few years before. However, I continued writing and publishing my work and gave poetry readings in Toronto and Vancouver, and later again in Montreal. Carolyn Zonailo and I returned from the country to live in Montreal in 1997. When I met Keitha, at that Greek restaurant mentioned above, preparing classes and correcting student papers seemed to be taking up all of her time, except for weekly visits to a local country and western restaurant and bar where there was live music and dancing. She seemed happy enough, but more physically fragile than ever. Her health declined to the point where she had to take early retirement from teaching around 1995. Richard Sommer continued writing and publishing from his home in the Eastern Townships; he passed away in February of this year.


Keitha and I have a Celtic ancestry, her family is from Scotland, mine from Ireland. My family arrived in New Brunswick in 1837 and we’ve been in Quebec since the early 1840s. My grandson, Edmund Morrissey, is the eighth generation of our family to have been born in Canada. Keitha’s family has also been in Canada for at least eight generations or more. After she retired she moved to Vancouver where she lived for the next fifteen years; she was the matriarch and elder of her family, living with her daughter, her grandson and his wife, and her great granddaughter.


One day when I was in Vancouver in the late 1990s I saw Keitha, from a distance, walking on Broadway, but something held me back from greeting her. That was the last time I saw her. Was it just by chance that a month before Keitha passed away I wrote a long poem remembering her? I recounted in the poem much of what she had told me about her life and I reflected on what our friendship had meant to me. It is also forty years ago this month that Keitha and I became friends, and what a privilege it is to have been friends with Keitha! I believe that Keitha’s spirit came to me when I was writing that long poem about her, she was preparing to leave this earthly dimension; it was her way of saying, “Goodbye for now.” Yes, goodbye, old friend, and God bless you.


I am a new arrival


with brimstone in their blood.


They ploughed the fertile soil


and dug up sins


and kept them hidden


among the apple trees


made of yellow pine


that rich the soil.

In Her Own Words:


“Born in Lachine, Quebec, I was a closet poet to begin with. My first published poem appeared in the Northern Messenger when I was seven but I hid the magazine so my family wouldn’t know! My Presbyterian ancestors frowned on the frivolity of poetry though any writing, however mundane, that earned money was acceptable. For the last fifteen years I have been publishing poems and stories while earning my bread by helping to run a dairy farm and doing nursing part-time. God grant me strength to continue to write about my people, so lovable, so destructive, so brave, so often misguided. I’ve published in Ellipse, Other Voices, Quebec Histoire, Anthol, Cross Country, Canadian Author and Bookman, among others. A collection of poems, The Shattered Glass and other fragments, is scheduled for 1976. Editor, Montreal Poems.”


Montreal Poems, autumn 1975 (with an Introduction by Louis Dudek), number two [note: this issue was originally published in the spring of 1975; however, the printing job was unacceptable and these copies were destroyed; the same content was reprinted dated autumn 1975].

Montreal Poems, 1981, number five [only issue to have perfect binding; all previous issues were staple bound]

I met Keitha in 1976 through my then partner, Christine Healey, who was a close friend of her daughter Susan. I remember Christine singing a song whose lyrics were by Keitha. I had the guitar part and she made up a beautiful melody. I still play the guitar part but have lost track of both Susan and Christine. The poem was called Silent Season. I wish I had a recording of it. If you could send this to Susan, that would be grand. And if she knows if Christine is still of this world, I'd love to know what happened to her. Daniel Heikalo, Saint-Jean de Matha, Qc. I am on facebook also, and still a performing musician.